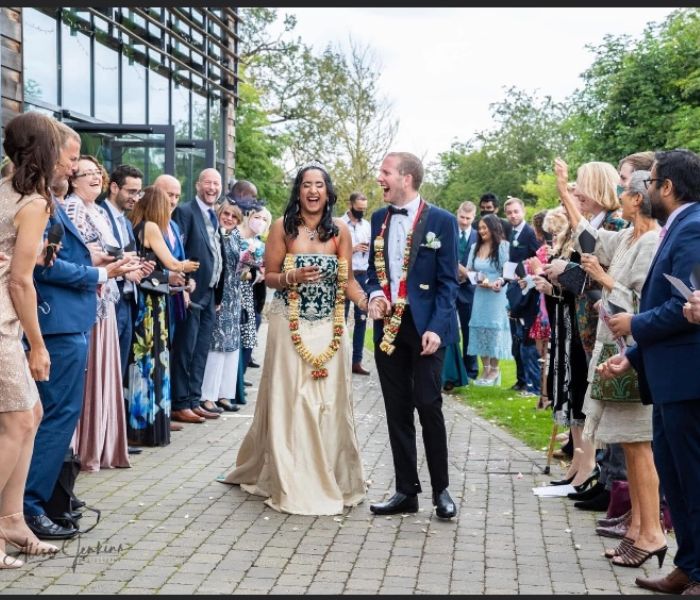 The planning meeting for their multicultural wedding ceremony

I never had a chance to physically meet my couple before the wedding ceremony as we went into lockdown so all the meetings were done on zoom. This included the initial meeting, the ceremony discussions and let’s not forget all the postponement discussions. Priya and Ben not only went through the postponements they also had a last-minute venue change but throughout all this, they remained calm and supported with each telephone call, email and zoom meeting. We were going to create a beautiful multicultural ceremony paying respect to each of their backgrounds. Indian and German. 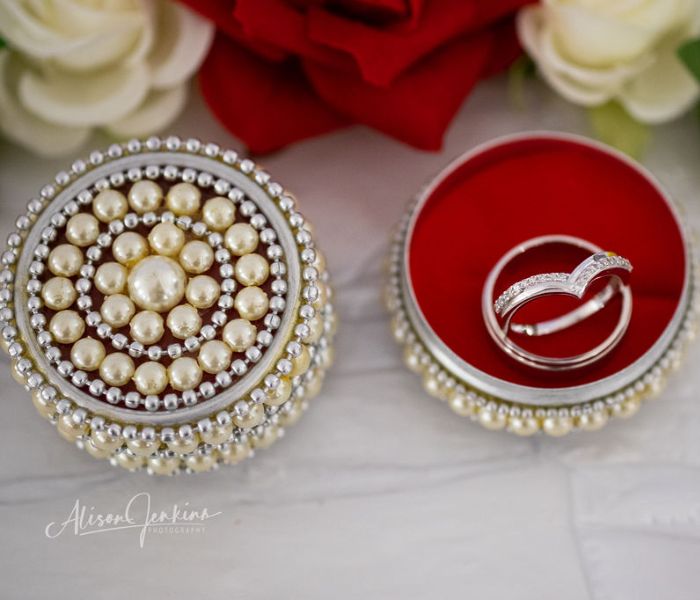 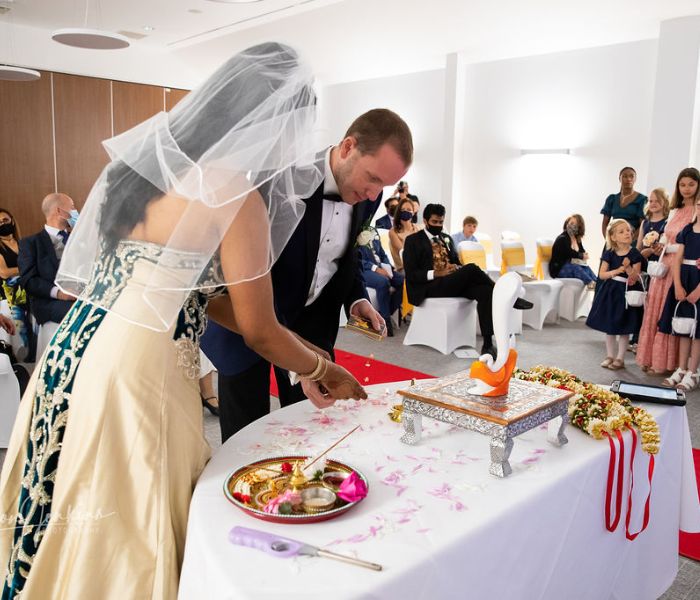 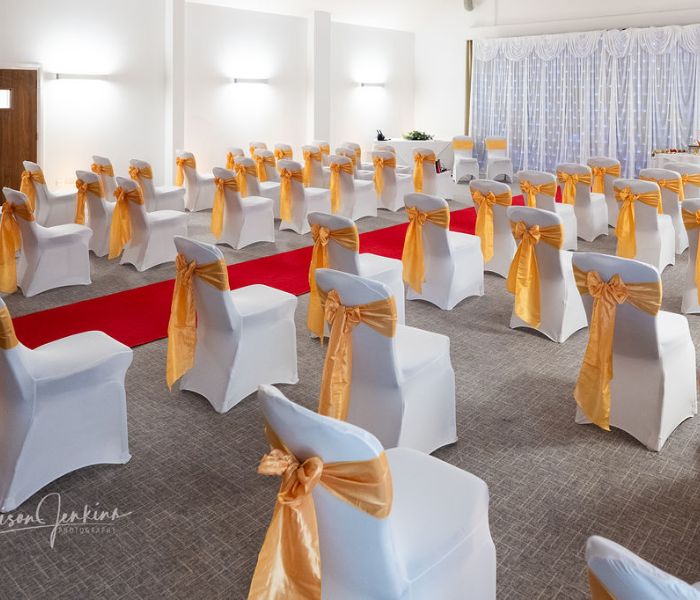 So let’s start with setting the scene. Ben’s family have a holiday home in North Cyprus in a lovely town called Lapta. Priya had previously been there in 2012 a year into their relationship.

August 2019, Priya visited the Lapta home for the second time. She had been on a health journey and had lost weight and changed her lifestyle to be healthy enough to do the hike with Ben. In fact, Ben was unusually keen for her to be ready for the climb.

Priya successfully conquered the hike up the mountain and they both enjoyed a view of the whole of North Cyprus with the sea beyond the horizon. While Priya was sitting on a rock, and Ben sitting on another one slightly below, this was the closest equivalent to kneeling manageable under the circumstances, Priya was absolutely stunned when Ben turned around and popped the question with the ring in his hands. 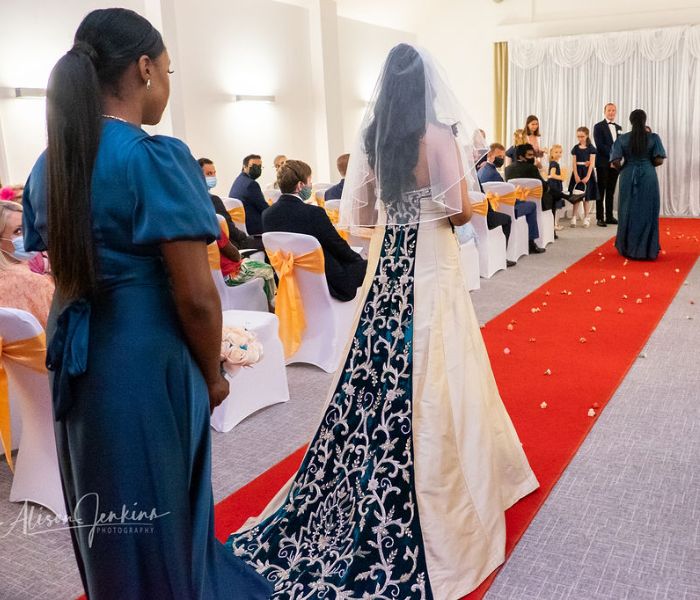 I had so much information now that I really wanted to start writing their wedding ceremony ensuring I had a balance of what to include. In the Hindu culture, we always start ceremonies with the Ganesh Puja and this is what we did with both Priya and Ben lighting the diwa and the incense stick. Then putting a garland on Ganesh and finally a red tikka and a few grains of rice on Ganesh’s forehead. By doing this, they have invited Lord Ganesh to be with them for the ceremony and remove any obstacles they may face.

We included the ring ceremony, some beautiful readings and Prya had written a special poem for the two of them which she read out herself. It was all so heartfelt, real and honest. You really could feel the love in the venue room.

The other Hindu rituals we included were the Garland Ceremony where they Garland each other accepting each other into their lives and the Sindhoor Ceremony. This is where Ben places the Sindhoor on Priya’s parting on her hair which signifies that she is married, or spiritually, its the opening of the head chakra allowing Ben’s love to flow into hers. Every Hindu ritual has a blessed meaning for doing them and I love being able to include them. 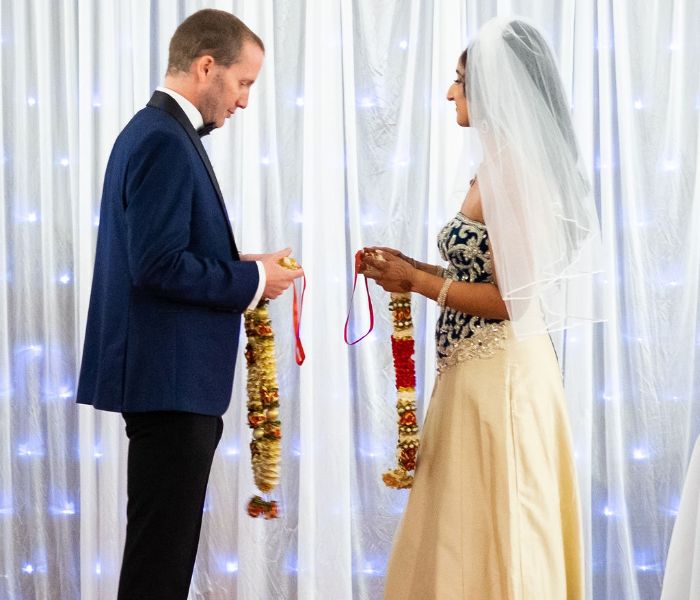 We brought Sonal onboard to be our Celebrant and be able to conduct our multicultural wedding in a beautiful and tasteful way. She certainly delivered. From the first moment we got in touch, to then checking in leading up to the big day. Sonal was friendly, approachable and made sure we kept organised and relaxed. We made a new friend in the process and couldn’t have asked for anyone better to be part of what was the most important part of the day. Thank you Sonal, and we would thoroughly recommend her to anyone. 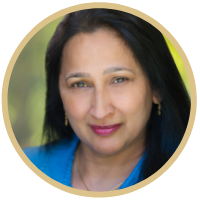 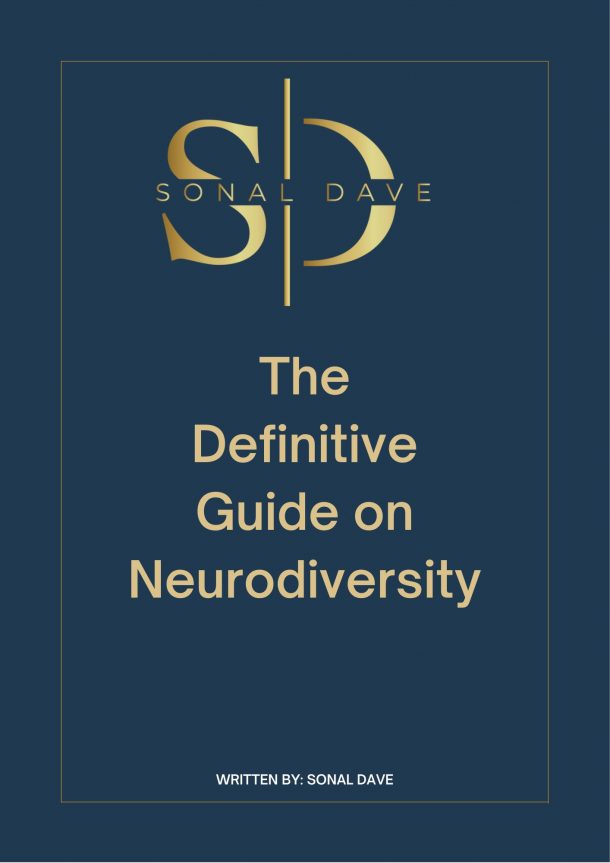 Grab the FREE Guide to Nuerodiversity 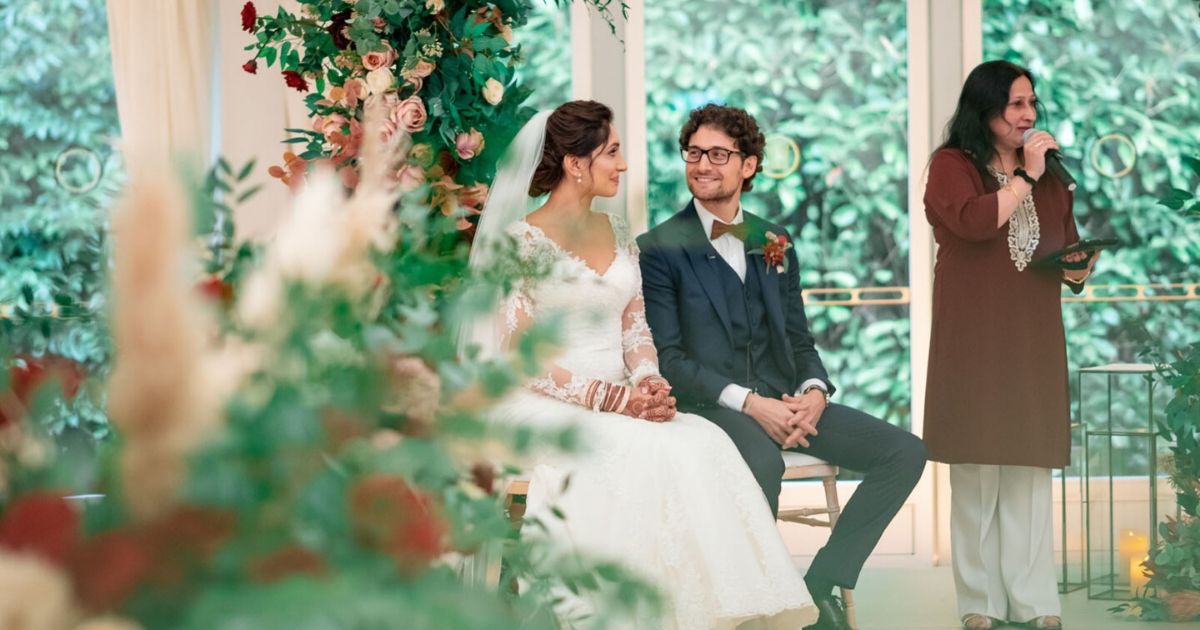 What is a Celebrant wedding ceremony and why would I want to have one?